Santa's Visit to Our School 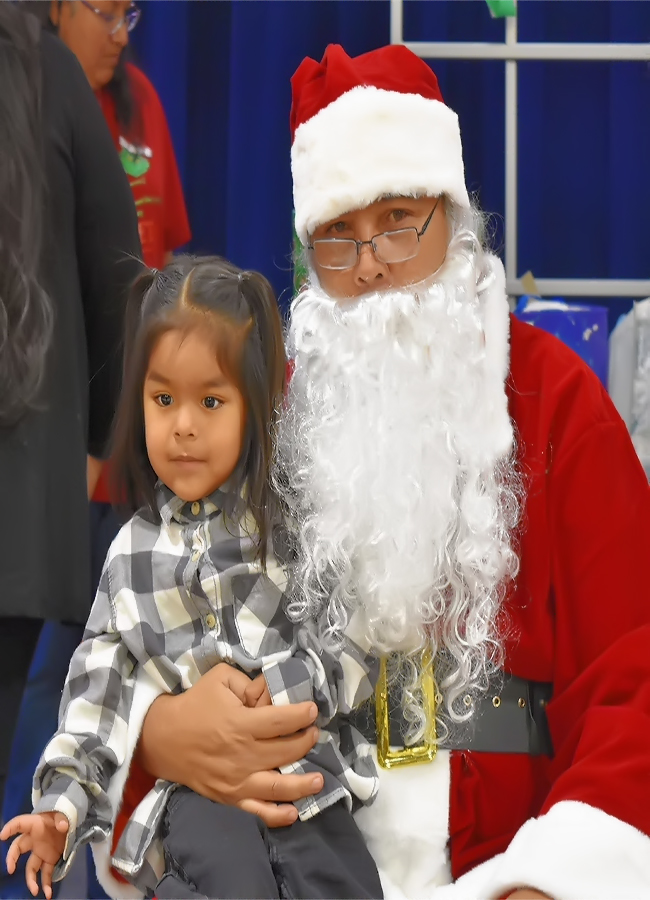 "Thank You Santa for Stopping by at our school"

A Little about Our School...

Blackwater Community School is located on the Gila River Indian Community (GRIC) southeast of Phoenix, AZ. The reservation is 583,748 square miles and consists of seven distinct districts with a population of 11,712 (2010 Census). Our School primarily serves two geographic areas of this community District 1 and District 2. The reservation has two distinct tribes the Akimel O’Otham (River People – Pima Indians and Pee Posh (Maricopa Indians). More importantly, is the historical status of this tribe which traces its ancestry to the Hohokam Indians which inhabited the Gila River Basin beginning in 300 B.C. until 1400 A.D. The Hohokam Indians brought significant technology to the Southwest with the introduction of agriculture, irrigation canals, and extensive trade networks. Collectively, these contributions changed the future of the Southwest and laid the groundwork for the expansion of Spanish, Europeans and American settlements in this region. This tradition of agriculture is still at the heart of the Akimel O’Otham culture and is the heart of the school. The vision of the school, “Quality Education Begins Here” is exemplified by an extensive network of solid educational practices and the presence of the traditional language and culture evident on campus. The school represents the hub of the community and celebrates the community’s heritage throughout the year.

Equally important to the heritage of the community is the history of the school and the unique partnership that resulted in the establishment of the charter school. The charter school is located on federal trust land operated under the Bureau of Indian Affairs, Bureau of Indian Education. The school was established in 1939 when Congress approved the establishment of the Gila River Indian Reservation. The school was chartered as a K-2 day school and typically served less than 100 students from District 1 (Blackwater) and District 2 (Sacaton Flats) back then. However, because of the growing population and the community’s support of the school, there was a desire to expand grades on the campus. Parents also wanted to keep their children close to home instead of attending feeder schools off the reservation. Therefore, the Board and Administration requested that the school be allowed to expand grades. This was denied because of a Congressional Moratorium to limit BIE schools from expanding. Not to be deterred, the Board and Administration requested that the BIE allow the school to apply for a charter school for grades 3 – 5. This was granted and in 2000 the State Board of Charters approved the application for this charter. This is monumental because there had not been this type of shared governance on federal trust land. In addition, the Gila River Indian Community supported this expansion.

Our Arizona State Charter School-Akimel O’Otham Pee Posh currently has students enrolled in in 3 through 5 grade. However, since this is a single school district and is located on the campus of Blackwater Community School (a Bureau of Indian Education Grant School) preschool through 2nd grade, it operates as one school. It continued to operate as K-2 BIE and 3-5 under the State Charter till June 30th, 2016. This was the time when BIE selected our school for a school replacement project. It was one of the ten schools that were selected out of 52 BIE schools who applied for New School coanstruction. BIE approved our grade expansion request to add 3rd grade under the BIE in July of 2016. School Board and te community wanted to make sure that when teh BIE approve funds for new school construction, the new school should cover all K-5 grades not only K-3. School Board , administration and the community worked diligently with the BIE/BIA with the full support of Community Council, submitted another request for grade expansion to include 4-5 grades. BIE approved the expansion of both grades (4-5) in July of 2018.

Santa's Visit to Our School 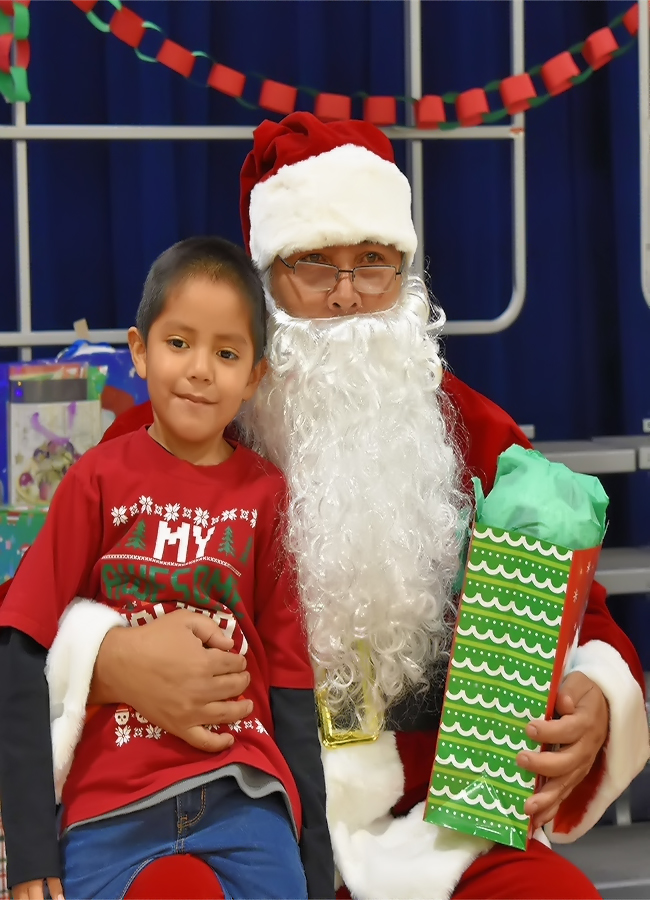 "Thank You Santa for Stopping by at our school"

"We do academics best"

Community Culture an integral part of the core curriculum